More than two-and-a-half years after COVID-19 knocked the supply chain on it ass, it is still with us, and cases and hospitalizations rising across the country. Adding fuel to the healthcare bonfire, monkey pox looks like it is reaching an inflection point.

Today, monkey pox is still a very painful but usually non-life-threatening disease spreading primarily among gay and bisexual men in large cities. At some point, it’s likely to break out beyond this limited demographic and broaden into the wider community. In a few months, it could infect people of all sexual preferences all around the country. The time to stop it is now, but it appears the CDC and local health departments are incapable of doing so or missing the opportunity. I attribute that in part to the general incompetence of bureaucracies and in part to a larger collapse of the American healthcare system.

Monkey pox spreads through fluids, close physical contact, and via contaminated articles. If you remember the early emphasis during COVID-19 on wearing gloves and spraying sanitizer on doorknobs and UPS packages, you’ll know what I mean.

Monkey pox is similar to smallpox, but far less lethal in its current form. Let’s remember how contaminated blankets spread smallpox to the Native Americans. If this disease breaks out, we could see it grow rapidly and spread widely. All it will take is a Typhoid Mary who is contagious but has no symptoms, working on an airline that spreads it to dozens of people per flight. Then they spread it for a week or more before they become sick. We could go from a couple thousand cases to tens of thousands in a couple of weeks. Then there’s no turning back.

As a prepper, it’s important to monitor both viruses and other health issues. You may want to identify what, if any, precautions you can take, preparations you can make, and news sources to follow so you can stay informed about the progress of disease in your area. I don’t expect we’ll see a monkey pox dashboard hosted by every local newspaper, like we saw with COVID-19, so you may have to dig deeper.

While there is a vaccine for monkey pox, there may not be enough of it to go around. It also requires two doses four weeks apart, and full immunity doesn’t happen until two weeks after the second shot. That means you can get sick for weeks after getting your first vaccination.

COVID as the New Flu

Think about the average flu season that hits most winters. Kids get sick at school. They give it to their parents. The parents spread it at work, at conferences and on airplanes and mass transit. People of all walks of life get fevers, feel like crap, some of them puke, others experience different symptoms, and then the vast majority recover. Most people have mild enough cases that they don’t see their doctor. A few die, especially among the elderly or the very young.

I believe we are reaching the point where COVID-19 is the new flu. People will get sick, the vast majority will recover, but a few will die.

The difference is how businesses and governments react to the disease. For example, there are still states where being exposed to someone with COVID gives you ten days off work. You don’t even need to take a test. (A system ripe for abuse.) Now, imagine if everyone exposed to someone who had the flu stayed home for ten days. So many people would miss work. It would be like the entire country went on strike.

This is a huge problem. COVID is becoming more like the flu, a common illness some people will get every year, but we are still treating it like we’re all going to die. I’m not saying it isn’t dangerous, or that it isn’t deadly; I’m saying we need to stop acting like it is March 2020, and the country is scared witless.

If you haven’t noticed, our healthcare system is falling apart. It’s most obvious at hospitals and among nurses, but it is becoming increasingly obvious in shortages of drugs, diagnostics and equipment. The blame lies squarely at the feet of COVID-19. The disease stressed hospitals and their employees to such a great extent that many clinical workers left to take different, less stressful jobs.

Here are some examples from my daughter who works at a hospital. Her unit has 24 beds. The last nightshift she worked, they only had enough nurses to legally have eighteen bed filled. They had to move the excess patients to other units that were better staffed. That left them with six empty beds, but they could not accept new admissions.

My daughter was already working overtime. Her unit is so desperate for people to fill shifts she gets triple overtime for working extra shifts. They consider this an incentive bonus. If she picks up ten hours of overtime, she makes as much as she does in her normal 40-hour week.

They have doctors whose appointment books are filled through the end of the year. She has warned us to book any appointments well in advance, especially with a specialist or for surgery. If your condition changes, you can always cancel the appointments. Many patients who cannot get appointments go to the emergency room. That is contributing to long waits and patients in hallways. What used to be one of the best medical systems in the country is showing cracks in its foundation.

If you rely on any medications, I would encourage you to stockpile them. Build yourself a cushion so you aren’t driving 85 miles to the only pharmacy in your state that still has the drug you need. Have extra over-the-counter medicines and stock some common antibiotics, just in case.

In the meantime, stay healthy!

SouthernPrepper1 on YouTube continues to offer his daily “Boots on the Ground” reports, relaying new on inflation and shortages. In this one, he gives some info on health supplies. 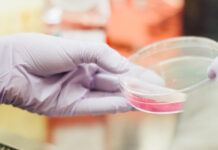 Viruses Continue to Pound the U.S. 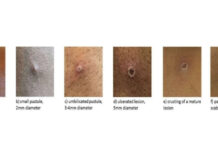 Should you Worry about Monkeypox?