We are on the road again.  Just a trip up one day and back the next to drop things off at the new place, but there has been some snow up here in the past few days, which made the trip that much more interesting.

We’ll be back late Sunday and then full move is scheduled later in the week.  We loaded the inside of the rental pickup truck with potted plants and the back of it with the last of the ammo, and boxes of bottles, cans, jars, jugs and other liquids the moving company won’t take.  This includes liquor, cooking oil, food like olives and pasta sauce, cleansers, a few aerosol cans, and a surprising number of bathroom items like shampoo and body lotion.

We also packed a cooler of frozen food to transfer up there.  Then we threw all manner of odds and ends, like brooms, mops, plant stands, and garden tools, on top and covered it with a tarp to keep off any rain or snow.  I’m afraid we looked at bit like the Beverly Hillbillies again.

The Boxes Pile Up

The last time I moved, I was being relocated by a large corporation.  They not only paid for the moving truck, they paid for a team of four guys to come to our house the day before the move and pack everything into boxes.  And when I say everything, I mean they packed not only the trash cans, but the trash in them.  Of course, back then, I had far less ammo, fewer guns, and not as many prepping supplies

This time, we’re paying for the move, so we’re packing everything ourselves, except the big screen TVs and computer monitors.  Because the last move was entirely paid for and because we were moving into a larger home with lots of storage, we didn’t throw much away.  We didn’t purge.  That’s been another change this time.  The house is smaller and we’ve been purging, donating, and discarding all sorts of stuff.

We now have stacks of boxes in every room.  There are eight boxes here in my home office.  (I packed the printer, but not the computer.) There are boxes in the bedroom, living room, kitchen, dining room and probably 40 boxes in the basement.  Some of them are quite large, including three full wardrobe boxes.

We have forwarded our mail.  I’ve told the propane company not to refill our tank.  The newspaper subscription ends early next week.  At some point next week, I have to drop off our cable modem, which means we’ll lose the Internet connection and all our WiFi.  (Gee, it will be like the old days.) I have an entire list of vendors to call after the sale closes, from the utilities to the alarm company.

We’re also cutting back on things.  For example, we are out of mayonnaise, but we aren’t opening a new jar.  We are out of staples like cheese and eggs, with no plans to replace them at thishouse.  Most of our glasses and lots of our plates and bowls have been packed.  By Tuesday, I expect we’ll be eating takeout for almost every meal until we leave.  (I am looking forward to some pizza!)

Every time I pay a bill these past few weeks, I’ve said to myself, “I’m never going to have to pay that vendor again.”  As you can imagine, I was especially happy when I turned off my automated mortgage payments.

We’re looking forward to cutting our monthly expenses by moving to a smaller home in a location with a lower cost of living.  Our heating bill, which could be over 1,000 a month in years when propane was expensive, will be much lower because we’re heating a smaller space largely with wood.  Our electric bill will be lower because the house is half the size and has only one heat pump instead of three HVAC units.  The design of the house is also more efficient, and it has the thickest insulation I’ve ever seen.

We believe this lower cost structure will help insulate us from the coming hard times.  If we do see rampant inflation, our monthly costs will start much lower than they have been, giving us a cushion.  We won’t face rising costs for oil or propane, and we can harvest our own firewood.

Looking at the expected “dark winter” of 2020/2021 and the possibility of worse to come, the move couldn’t happen soon enough.

If you enjoyed today’s diary entry, check out yesterday’s post, Prepper Diary December 5: We Give Away Furniture to Downsize. 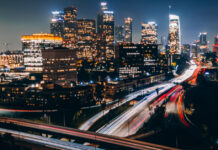 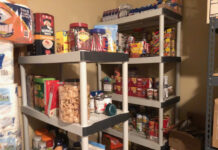 Prepper Diary January 23: It’s like Christmas all Over Again 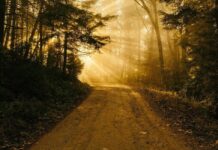 Prepper Diary December 13: Our Move is Over but the Fun is Just Beginning 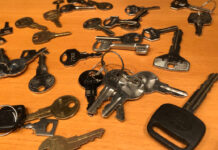 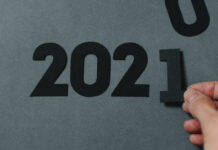 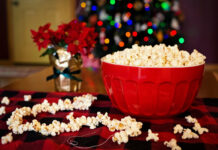 Prepper Diary December 2: More on the Move, the Truck, and COVID-19