Somewhere along the way, this country got screwed up. I’m pretty sure it started when the flower children, the hippies of the 1960s, got old enough to be in charge.

The Presidents leading up to and including the first President George Bush had lived through the Great Depression and fought and won a World War. They were not soft. They had the fortitude to do what was right, not what was easy. This approach has since been abandoned by politicians and far too many people.

The Baby Boomers, the children of the Greatest Generation, were the first generation of Americans to be spoiled. That coddling is why they have screwed things up for the past 30 years. They didn’t learn from the Great Depression. They didn’t volunteer to fight for their country (they had to be drafted to fight in Vietnam.) Many of them stopped going to church and rebelled against the Christian-Judeo values of their parents. They became the flower children of the 1960s and went off to form communes and celebrate free love.

Born in August 1946, President Clinton—the man who degraded the presidency, who bombed aspirin factories to distract us from impeachment, and who lied to Congress and the American people—was part of that spoiled baby boom generation.

The seeds of socialism were planted under Clinton. The rights of the individual become less important during his presidency than the needs of the community. Prior to Clinton, individual rights were prevailing.

It was also under Clinton that the attack on firearm ownership, one of our individual rights, commenced. He signed the Brady Bill and the Assault Weapons Bill. Gun control cost the Democrats lost the house in 1994. A 54-vote swing gave Republicans a majority for the first time since 1952.

I consider the 1994 midterm election the moment in which Democrats, who were willing to tolerate Republicans as the “loyal opposition” as long as they were in minority, shifted to the politics of hate and division. Their win-at-all costs approach of the Democrats and the “Clinton Machine” changed the face of politics forever. It is why there is so little bipartisanship today.

Our next President, George W. Bush, was a month older than Clinton but grew up living a life of privilege. He graduated from Yale and got his MBA at Harvard. In addition to serving as president from 2001 through 2009, he was Governor of Texas and General Managing Partner of the Texas Ranger baseball franchise. Bush never lacked funds, never had to fight or struggle, and was probably spoiled. Winning his first election because of hanging chads in Florida and a Supreme Court victory, he did little to rebuild the office of the presidency or to return the United States to the position it enjoyed under President Reagan.

Obama and the Rise of Socialism

The slow descent that started with Clinton sped up under President Obama, a man who could look the American people in the eye and lie like no one before him. In addition to his famous “You can keep your doctor” line, he promised the most transparent administration in history, but it was one of the most opaque. No wonder President Biden thinks that if he repeats “it was a great victory” often enough, his Afghanistan debacle will become a great victory; look who he learned from. The difference is that Obama could say it with confidence. Biden can only lie if they script it on his teleprompter. When left to answer questions on his own, Biden bumbles, mumbles, and stumbles. He appears to be suffering from some significant cognitive decline.

Obama didn’t worry about what was best for the country, he worried about his legacy. He saw his election as a chance to change the county and mold it to fit his socialist view of the world. What he didn’t expect is that the country would push back. After barely passing Obama Care, his legislative efforts stalled and his party experienced a net loss of 64 seats in the 2010 midterm election. He continued to advocate for gun control after the Sandy Hook school shooting and green environmental policies. He signed the Paris Climate Accord and the Iran Nuclear Deal.

Obama famously said he had a pen and a phone, and he used them aggressively to rule by executive order. Executive orders were historically used to manage the executive branch of the government. Obama accelerated the trend of issuing an order rather than working in a bipartisan fashion to get legislation passed.

Contrary to the Constitution

The courts should rein in excessive use of executive orders to affect domestic policy, which remains a problem today; it is not how our Founding Fathers intended the country to be run.

Then again, stretching the definition of the Constitution is the favored approach of the socialist and one reason they are so upset at the current make-up of the Supreme Court. Biden himself admitted to violating the Constitution when he extended the rent moratorium. He must have forgotten his oath of office in which he swore to “support and defend” the Constitution.

President Biden and the Democrats are also working to pass the largest tax increase since 1968. If passed, this will hurt the country, create a recession, cause a stock market crash, and end up making every-day Americans pay more in taxes. It’s a socialist tax intended to pay for socialist programs that will eventually turn us into the next Venezuela. Nothing good will come from it.

I can’t help feeling that we would be better off if the government had upheld more of the Founders intent. I also agree with what President Reagan said in his inaugural address: “Government is not the solution to our problem, Government is the problem.” He also said, “The nine most terrifying words in the English language are: I’m from the Government, and I’m here to help.” Sadly, both remain true today.

No one knows who will be our first Gen X president, or the first Millennial president, but I don’t expect them to be a big improvement. I expect they will embrace even more socialist policies and shy away from the free market, capitalism, and adhering to the Constitution. That’s too bad because socialism is a failed political system.

Socialists have helped create a society where hard work is not valued and where the people who create jobs are denigrated as “the rich” who take advantage of the poor workers. When I hear this, I like to ask, “How many poor people have ever hired you?” Instead of resenting those with wealth, people should try to emulate them. Opportunities for entrepreneurship still exist, and it is a shameful example of what is wrong with our country that more immigrants seem to take advantage of them than natural-born citizens. 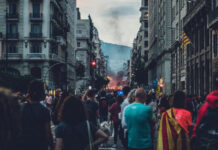 Europe will be our Harbinger of Doom 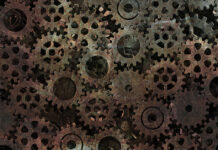 Life as we know it Grinds to a Halt