There were reports Friday of people lining up at ATMs in the Russian-controlled section of Ukraine to withdraw money, worried that they would not get another chance to do so after the war starts.

It appears increasingly obvious that despite their protestations, Russia is edging ever closer to invading Ukraine. But will they?

Surprisingly, there were bank runs in Canada as well. Apparently, Canadians are reacting to their government’s crackdown on the Freedom Truckers by withdrawing their money from Canadian banks. In hindsight, this isn’t too much of a surprise; when you pass an emergency act saying you can confiscate people’s bank accounts, you shouldn’t expect them to leave the money there for you to grab. Expect trust in Canadian Banks to drop and see gold and crypto sales jump.

I am going to add “bank runs” to my list of warning signs to consider when determining if you should bug out. Also, if you see a line at your bank and/or local banks severely limit withdrawals, I would clean out my safe deposit box before the bank locks its doors and you lose access to it or they confiscate the contents.

To Catch a President

I sometimes wonder is this is all an elaborate scheme by Putin to make President Biden look stupid, powerless, or both. If Putin declares the end of their military exercises, dubs them a success and sends the soldiers’ home, Biden looks like an alarmist. He looks like chicken little running around claiming the sky is falling. If Putin attacks, Biden looks like he was too weak to stop the invasion. I think Putin has him trapped in a no-win situation.

Speaking of bad leaders, have you ever seen anyone go off the deep end faster than Justin Trudeau? Wow, talk about creating enemies! His tyrannical overreaction to the Freedom Truckers protests is casting him in a negative light and no doubt turning hordes of otherwise neutral Canadians against him. Sure, no one enjoyed all the honking horns and traffic jams, but when you seize the bank accounts and euthanizing the pets of people who want freedom, you look worse than the Grinch who stole Christmas. All over a policy that has been proven useless and most countries are abandoning.

This kind of crackdown that reveals the truth about a tyrannical government is how revolutions gain momentum. I predict this is going to cause regime change in Canada. The only question is whether they will do it politically or via civil war.

Note to the U.S. politicians: If you start killing our pets and taking our property without due process, you are asking for a shooting war. Don’t push us.

Not that he had much popularity to start with after the bungled withdrawal from Afghanistan, but Biden’s numbers continue to plummet as inflation rises. Twice as many Americans blame Biden and his policies for inflation than say his policies will resolve the crisis. After blaming inflation on the supply chain, oil producers, and large corporations, Biden is now trying to empathize with the American people. Like we believe Old Man Joe is in a D.C. grocery store trying to decide if he can afford hamburgers or if he should buy chicken thighs instead of the more expensive breast meat.

Biden is still predicting inflation will end, promising to do everything he can to cut prices, and refusing to acknowledge his progressive policies, spending plans, and energy policies are a huge contributing factor.

Wait until the stock market crash continues, mortgage rates climb, and a recession starts. Biden is probably going to go down in history as another Jimmy Carter, only worse. 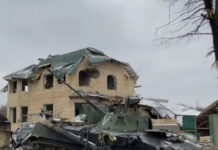