In urban centers around the country, voters are worrying about the possibility of Election Day violence or protests and Riots in the days and weeks following.  In general, the greatest concern appears to be that if President Trump wins re-election, the left and their violent cohorts like Antifa and BLM will riot in the streets even more than they do now.

A best case scenario is that there is an overwhelming victory on Election Day that cannot be overturned by uncounted mail-in ballots and the losing side acknowledges this and concedes.  This might still result in unrest, as Trump’s election in 2016 resulted in protests, but a clear mandate might mitigate a widespread response.  (Note we said “might.”)

It is also possible that Trump could appear to have won on Election night, only to have mail-in votes counted days later change that and give the victory to Biden.  This would upset many Trump supporters.

An even worse-case scenario would be an election that is undecided for weeks or even months due to uncounted ballots, multiple law suits, and the appearance of corruption.  The Bush victory over Gore is a good example, except this time there could be more states involved and more problems related to mail-in ballots that are ruled invalid, arrive too late to be included, or appear to be fraudulent.

I am voting today and I’ve announced my personal plans to be at our prepper property to avoid any Election Day violence and for an unknown time thereafter, and I am not the only one.  Here is recent media coverage:

Think About Where You Can Go and When

I have a place off the beaten track in the mountains that I can retreat to and be left largely alone. This is a new development for us, and I am well aware that most people don’t own their bug out location.  In that case, think about where you can go and lay some plans.

Think about friends or family that live well outside the city and see if you can make arrangements to bug out with them, if necessary.  Failing that, consider renting an AirBnB vacation cottage or somewhere in a vacation area.

As for when you should go, the easy answer is to be cone the whole week.  Depart the Monday before to give yourself time to get established, and then hunker down and monitor the news.  If violence is minimal, you can return home early.  If violence is widespread, you may need to stay there longer.

Bring sufficient clothing, your own electronic devices, any special foods or medicines you require, a nice gift for your hosts, and a thick wad of cash.  If there is a lasting emergency, having that cash could be a big help.

Hope for the Best

Maybe the threat of Election day violence is just that, a threat, and it won’t manifest.  As preppers, our job is to prepare for the worst.  Make sure you are prepared, and then hope for the best. 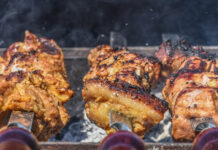 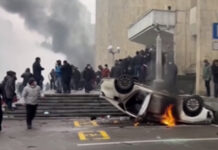 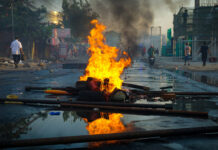 Will Inflation Result in Riots in the U.S.? 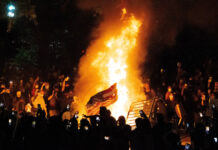 Get Ready for More Violence in the Streets 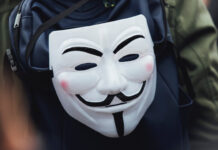 Is the Sh*t Hitting the Fan Yet? 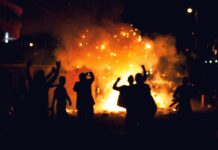