The coronavirus grew at an rapid pace in the past week, pushing the curve (you know, the one we have all been trying to flatten) into its steepest incline yet.  The global total increased by more than 3 million to 43.2 million cases and 1.15 million deaths.

In last week’s report, only four countries had more than 1 million reported cases of COVID-19. Today there are seven as France, Argentina and Columbia all hit that milestone in just the past week.  In fact, as you can see in the chart below, France is closing in on 1.2 million, having added more than 400,000 cases in just a week.  It would not surprise me if two or three more countries join the million-case club in the next week, as we can see in the chart below:

As we noted last week, France has joined the million cases club and climbed two places on our table to countries with the highest number of infections.  They are also topping the chart in terms of the change in cases, with 26 percent growth.  Italy, where cases are up 27 percent in a week, jumped two places while Spain and Mexico moved up a tick.

It’s also clear why people in Europe are panicking.  Italy, France, Germany and the UK with 20 percent or more are leading the field in terms of growth.

The United States continues to post record numbers, with three consecutive days of more than 75,000 cases last week. Numbers have dropped over the weekend, with only 59,814 cases 339 deaths reported yesterday, but higher numbers are expected to return in a day or two after the weekend reporting slump is over.

In the past 24 hours, New York State joined Florida, Texas, and California as the only states with more than 500,000 cases.  You hear a lot of news coverage about North Dakota, South Dakota and Montana, but they have far fewer cases than New York: 37,724, 39,023, and 27,880, respectively.  And while New York may have nowhere near the daily case count compared to their peak earlier this year, New York is still seeing about twice as many cases as any of the three aforementioned states. California is even worse.  There are about twice as many new cases in California as there are in the Dakotas and Montana combined.

Back when I was in corporate America, we had a tactic we called “ear-to-the-ground monitoring.”  This meant we would watch what our competitors were doing, our vendors were saying, and our customers were talking about.  Then we’d pool our anecdotal data, see if we could spot a trend, and try to get ahead of it.

Thanks to social media, blogs, YouTube, and online news outlets, it’s much easier to do ear-to-the-ground monitoring these days.  And what I am seeing is that empty shelves are coming our way again.

Back in March, it seemed like toilet paper sold out in just a few days.  What we’re seeing now is a wave that is building more slowly, but building nonetheless.  You can either be ahead of the wave by stocking up now, while you still can, or you can be one of those unlucky folks who get pummeled by the wave.  My advice is to act quickly.

Here is some of that anecdotal evidence:

All I know is that I’m going to be heading back to Sam’s Club this week to stock up on some canned goods.  I’ll report back on what I see.

If you found value in today’s report, you might be interested in comparing it to last week’s, October 19: Weekly Coronavirus Report Shows Rapid European Growth. 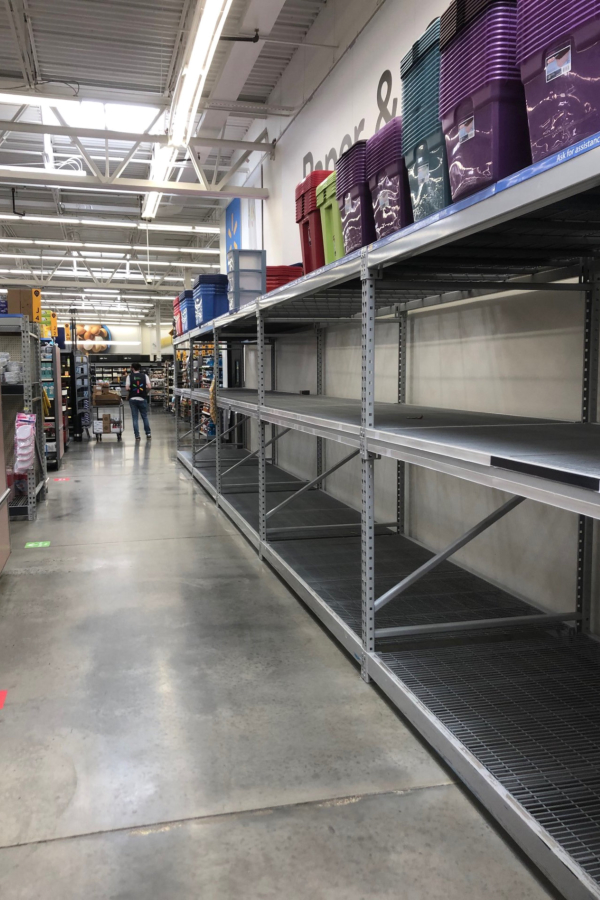