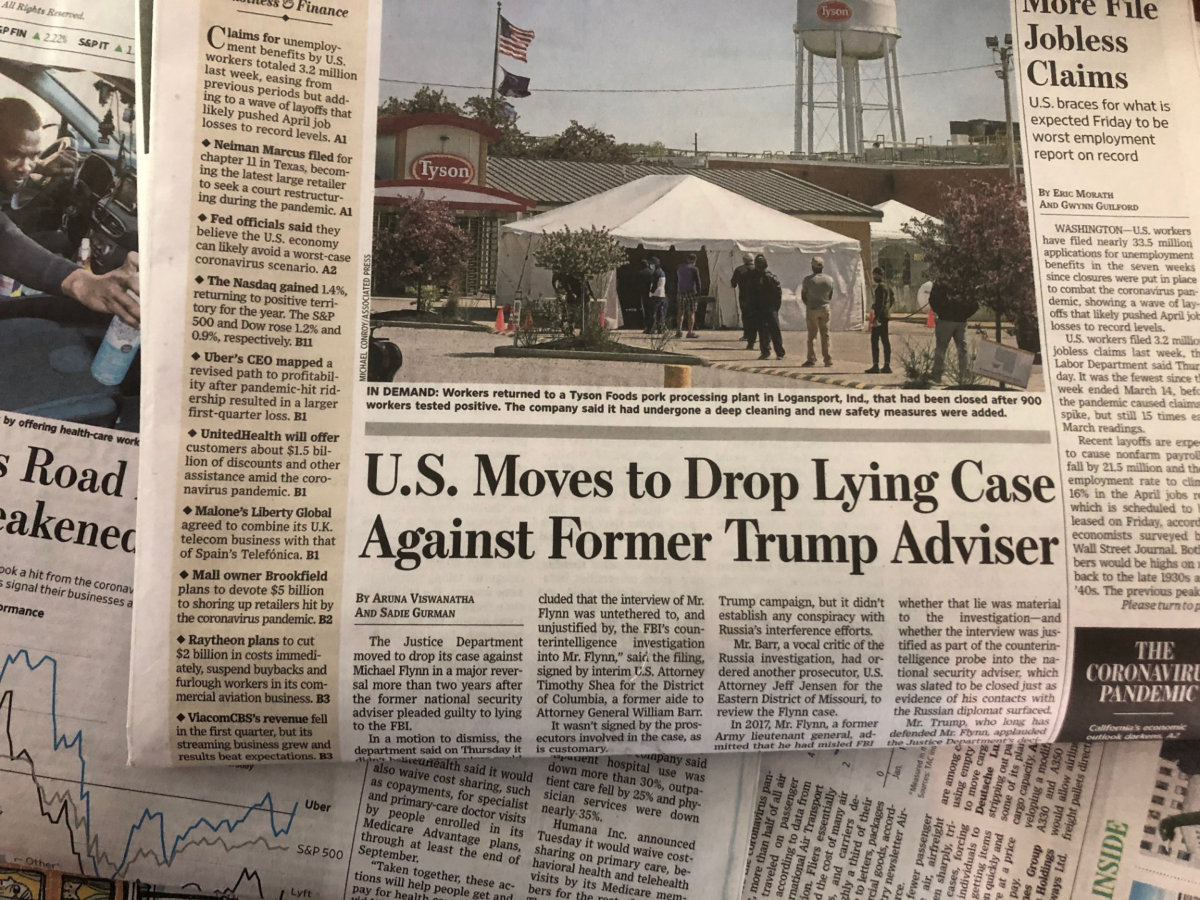 For two months, the coronavirus dominated headlines, spread across pages of newspapers and took up hours of broadcast time.  Suddenly, the coverage has lessened and politics has come back into focus.  The question is: Did this happen because stories about General Flynn’s charges being dropped and Tara Reade’s accusations against Joe Biden were more compelling than the virus, or because the virus suddenly lacked news value?

The arch of the coronavirus story seemed to be:  Article about panic at how fast it was spreading and how bad things were going to be in the future, which gave way to stories about a lack of PPE and ventilators, which evolved into stories about when it would peak and what the total death toll would be, which slid into stories about when things would reopen, protests, and then meat shortages.  Politics was a thread throughout, with votes on funding and fingers pointing blame.  But now, politics seems to be replacing coronavirus in the news.

Well, we said we wanted to get back to normal.  I can’t think of anything more normal than politics and finger pointing dominating the news.

The numbers from New York continue to improve, even as they test more and more people.  Today, about 1 in 10 tested is positive.  A month ago, 40 percent of all tests gave a positive.  The total number of positive cases in New York is 330,407 with 21,045 tested.  Only 8,196 are currently hospitalized, less than half the peak of 18,825 that was reached on April 12.  Only 216 deaths were attributed to COVID-19 yesterday, the lowest number since March 28.

New York remains on “Pause,” their version of a shutdown, until May 15.  It will be interesting to see if Gov. Cuomo lets the order expire or extends it.  Or perhaps he will re-open parts of the state while leaving the city and nearby hot spots closed.

To put today’s Coronavirus news in perspective, you can look back at news and numbers from yesterday, a week ago or one month past when the U.S. had only 400,000 cases.