Today we are going to take a break for COVID-19 coverage and talk about something that is only tangentially related: the World Economic Forum’s Great Reset plan.

According to their website, “The World Economic Forum (WEF)is the International Organization for Public-Private Cooperation.   The Forum engages the foremost political, business, cultural and other leaders of society to shape global, regional and industry agendas.”

This year, the WEF proposed taking advantage of the disruption caused by COVID-19 to implement the “Great Reset.”  Or as their Executive Chairman said, “The pandemic represents a rare by narrow window of opportunity to reflect, reimagine, and reset our world.”

I am not against change.  I’m not against reimagining our world.  I am against socialism, and their “Great Reset” is really about getting rid of free markets and capitalism and replacing it with socialism.  It’s about getting rid of individual rights and even abolishing private property.  Why?  Because socialism allows better control of the masses and minimizes the threat to the global elite that make up WEF.  Instead of facing competition, they would be cemented into the positions of power.

Today, we’ll look at the first pillar in their proposed Great Reset

The first of three main components of the WEF’s Great Reset is to “Steer the market toward fairer outcomes.”

That sounds pretty good, doesn’t it?  I mean, who among us doesn’t want a fairer world?

But if you dig into their idea of “fairness,” you will find that they mean is to “promote more equitable outcomes,” which sounds an awful lot like communism.  For example, is it “fair” to a new college graduate that someone in the same job but with 10 years of experience makes more money?  They want to use taxation and new rules to level that out.  You know, to be “fair.”

Is it “fair” that the stock of Apple has gone up 64 percent this year while Transocean, a deep sea oil driller has gone down 84 percent during the same period?  Sounds like an opportunity to use “new rules governing intellectual property” to keep companies like Apple from dominating their market.  Let’s get rid of those pesky patents and copyrights once and for all so we can each share in the success companies like Apple, best-selling authors like James Patterson, and recording artists like Kanye West.  Because it isn’t “fair” that they make all the money and get all the fame and celebrity while your Instagram posts barely get a couple hundred likes.

Is it “fair” that some people live in big houses while others are in cramped apartments?  Or some people have nicer cars than others?  Let’s tax those rich bastards and redistribute their money so everyone can have nice stuff.  That sounds more equitable.

How many times growing up did you whine “That’s not fair!”

Hopefully a sibling, friend, parent, teacher, or coach said something like, “Life isn’t fair.  Get over it.” Maybe you heard, “Now suck it up, buttercup, and get back out there,” or “Tray again, and this time follow the instructions,” or the ever famous, “When you’re in charge, you can make the rules.  Now go clean your room.”

Fairness is an idea that sounds nice but results in mediocrity, under performance, and eventually collapse.

When I was a kid, we kept score when we played sports, no one got a participation trophy, and we knew that we won or lost because of how hard we tried, how well we played, and how skilled our players were.  We didn’t resent that some people threw farther, hit longer, were taller, stronger, or faster than others.  When we lost, we sucked it up, congratulated the other team and shook hands.  We had good sportsmanship and we learned how to win and, more importantly, how to lose.

Today, team sports for young kids don’t officially keep score – although the kids all know the end result.  Now games end when one team has “too many” points.  Back in the day, that was a chance to play the benchwarmers and let the kids who weren’t as good get some playing time.  The coach tried not to run up the points, but it was on an honor system, not a rule.  Today there are rules that everyone has to play at least a certain percentage of the game, even if it costs you the championship.

When are they going to realize that some things just cannot be fair?  Professional sports have salary caps to keep rich teams from beating poor teams, but there are still inequalities.  For example, is it “fair” that the Pittsburgh Steelers have a 9-0 record while the Jacksonville Jaguars have a 1-8 record?  I mean, think how the hurt and depressed those poor Jaguar players must feel.  (Fourteen of them have base salaries in excess of $1 million – do you still feel bad for them?)

There will always be winners and losers in life, and not only can you not completely legislate natural advantages out of existence, you should not even try.  Some people are going to win, some are going to lose.  Some will be smarter than others, some better looking, some taller or stronger, some will be more creative or be able to paint better than others, and some may be able to hit notes the rest of us cannot.  But those of us who fail at one thing often succeed at another.

It’s the same in markets.  The Steudebaker Corporation became the world’s largest maker of horse-drawn wagons and sold them to the U.S. army during the Civil War.  They struggled to make the transition to horseless carriages (cars) and in 1933 went bankrupt.  Their president killed himself, as did many others who suffered great losses during the Great Depression.  Was that fair?  No, but that’s how business works.

Thank about how Kodak dominated the film business until digital cameras were developed and film became useless.  Or how Netflix brought about the end of Blockbuster and the video rental store.  The desktop computer and word processing software signaled the end of the typewriter.

If we implement new rules and regulations in search of “fairness” and “equitable outcomes” we will stifle innovation, progress will grind to a halt, and the next Elon Musk or Steve Jobs will never have the chance to bring their product to market.  In short, the government will replace the market’s ability to pick winners based on their criteria.  And their criteria might not be who has the best product, but who uses the least water to produce their product, or who has the best record on climate change.

Let’s face it, governments suck at running businesses.  For example, Amtrak, the government run railroad, would not survive without the $1.9 billion or so in annual government subsidies. That means that while less than 10 percent of the country’s population uses Amtrak, we all pay for it.  Is that Fair?

Did you ever wonder why municipal governments started using third party companies to collect the trash and manage their solid waste?  Because the companies could do it better, more efficiently and cheaper than the government.  We’re now trusting private companies to launch astronauts into space for the very same reasons.

And the biggest lesson of all should be the failure of collectives throughout the old Soviet Union and the collapse of Venezuela’s oil industry.  Every time a successful company is “nationalized” (i.e., taken over) by a government, it tends do worse financially, customer service deteriorates, and eventually it becomes mired in bureaucracy and stagnates.

Fairness doesn’t equal equitable outcomes.  Fairness is achieved when everyone plays under the same rules and the best performer rises to the top, whether that is a quarterback, a product, or a business.

If you liked today’s article, be sure to read for part 2. You might also enjoy The Problems Socialism Brings and How to Survive Them. 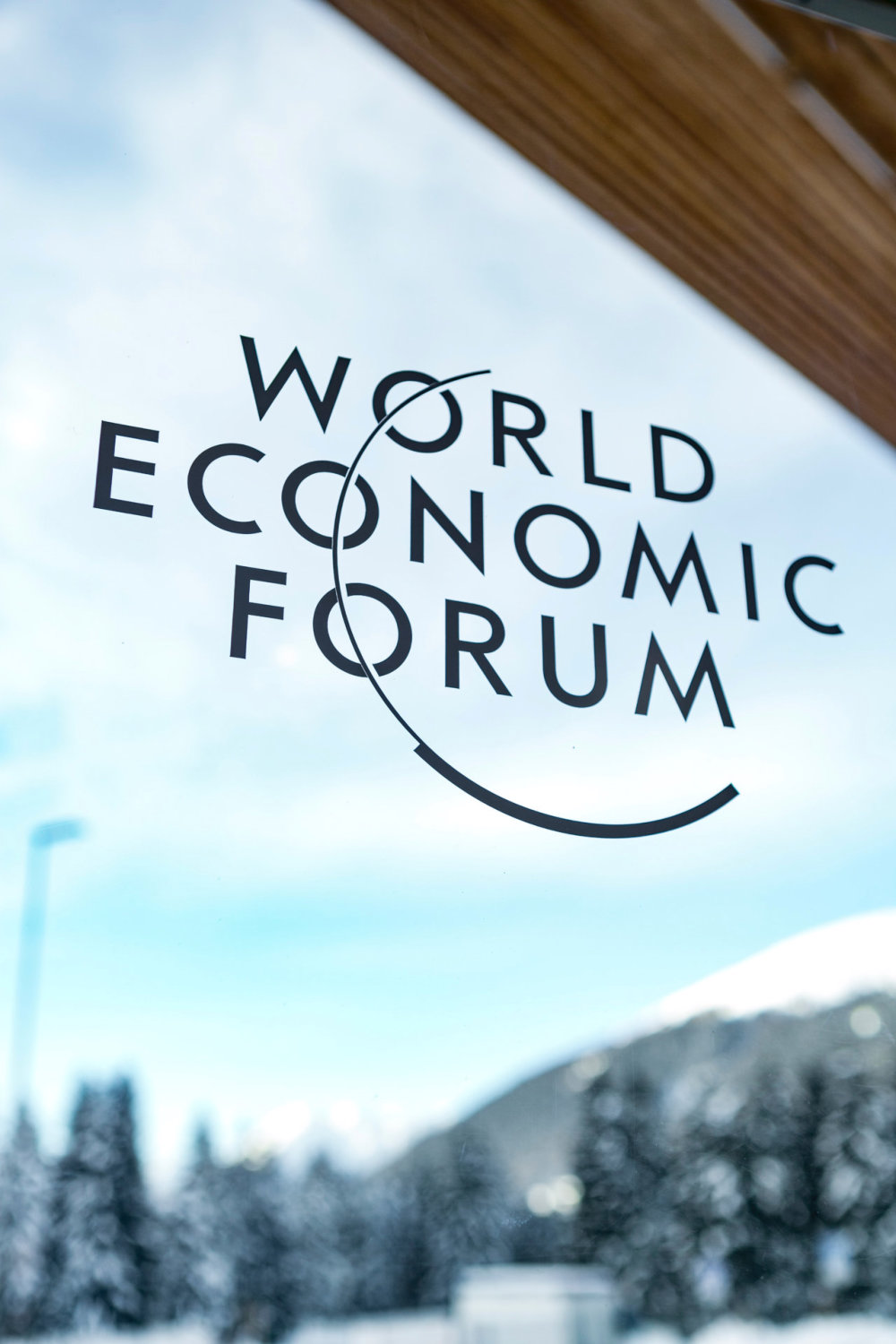 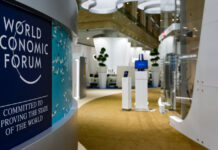 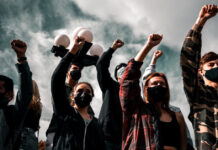 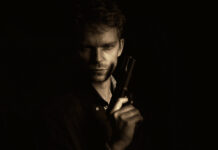 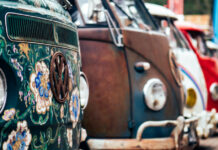